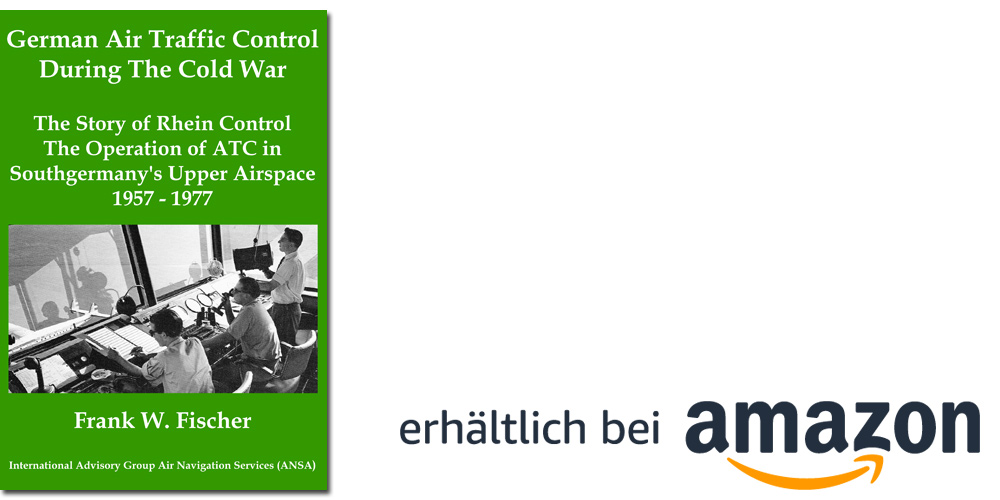 The Influence of EUROCONTROL on Rhein UAC

EUROCONTROL, the “European Organization for the Safety of Air Navigation”, has its seat in Brussels and comprises a “Permanent Commission” and an “Air Traffic Services Agency”. Founded in 1960 its Convention came into effect in March 1963. In January 1964 the organization informed the aviation community about its structure and objectives as follows.

“The COMMISSION is composed of representatives of the Contracting Parties and its objective is to promote, in cooperation with the national military authorities, the adoption of measures and the installation and operation of facilities to ensure the safety of air navigation and an orderly and rapid flow of air traffic. Staff and facilities for the operation of the Commission are to be made available by the Agency.”

“The purpose of the AGENCY is to provide, within the airspace defined in the Convention, air traffic services for the prevention of collisions between aircraft, to ensure the orderly and rapid flow of air traffic, to provide advice and information useful for the safe and efficient conduct of flight and to notify appropriate organizations regarding aircraft in need of search and rescue aid, and assist such organizations as required.”

In the spring of 1962 the EUROCONTROL Agency submitted the so-called “MEDIATOR” plan, which foresaw an integration of civil and military ATS, in contradiction to its earlier policy. Only Germany also concluded to the same effect for its UIRs, in harmony with NATO’s 2nd ATAF (RAF) in North Germany.

In order to create a close connection to air defence they all agreed to establish these integrated units into the air defence centres at Uedem in the North and on Erbeskopf (bunker “Erwin”) in the South, practically bringing civil air traffic operations into a subordinate role. In 1963 a corresponding simulation took place at the FAA’s NAFEC test centre in Atlantic City / USA without participation of the BFS for an evaluation of this proposed concept. But its functionality failed and the move into the bunker should not take place.

On 13 February 1964 BFS informed the aviation community with NOTAM A 11/64 (NfL A) that the EUROCONTROL Agency will assume responsibility for the provision of air traffic services to air traffic in accordance with Article 3 of the Convention also in the german  UIRs Hannover and Frankfurt/Rhein at FL 200 and above as of 1 March 1964. The FRG had delegated all of its upper airspace to the EUROCONTROL Agency.